Lamar (1925, p. 91–95) divided the Pottsville Formation into four newly named members in the Carbondale, Illinois, 15-minute quadrangle. In ascending order, these were the Wayside sandstone and shale, the Lick Creek sandstone, the Drury sandstone and shale, and the Makanda sandstone. Among the four, only the name Wayside is still in use.

The unit took its name from Drury Creek, a north-flowing tributary of the Big Muddy River in Union and Jackson Counties, southern Illinois. 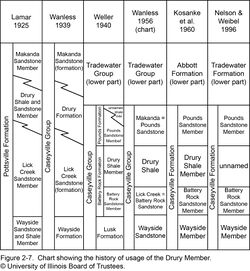 Figure 2-7. Chart showing the history of usage of the Drury Member. © University of Illinois Board of Trustees.


Remapping the southeastern part of the Carbondale 15-minute quadrangle, Nelson and Weibel (1996, p. 21) determined that the Drury Member, as mapped by Lamar (1925), “is largely in the lower part of the Tradewater Formation, although in some areas the Drury includes uppermost Caseyville strata.” Lamar’s original usage of Drury therefore conflicted with later usage, which placed the Drury entirely within the Caseyville. Rather than redefining the Drury, Nelson and Weibel opted to leave the interval unnamed. Additional factors favoring abandonment include extreme lithologic variability of the Drury and inability to demarcate the member in areas where either the Pounds or Battery Rock Sandstones cannot be identified.

None was designated or described.